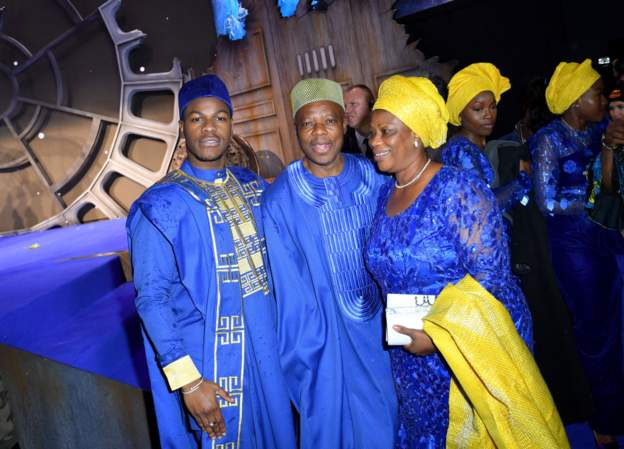 John(L) with parents Samson, Abigail and sisters Blessing and Grace in the background at the premiere
I decided to make sure that my mum gets her moment
Internationally acclaimed star actor John Boyega was seen donning an agbada to the London premiere of the much awaited The Rise of Skywalker, the latest in the Star Wars film series.
John who is British citizen, was in the good company of both parents Samson and Abigail Adegboyega as well as sisters Blessing and Grace. While John and his father donned all blue satin agbada with cap to match, his mother had blue buba and wrapper with a yellow head gear, popularly known in Nigerian parlance as gele.
Since breaking into international limelight when he played Finn in the sci-fi adventure, John has used every moment to honour his parents, even on the red carpets around the world. The agbada is popular dress style in Nigeria.
Donning the agbada to The Rise of Skywalker was a tribute to his mother. “I decided to make sure that my mum gets her moment,” said John in response to question about his agbada.
In 2017, John bought a house for his father who is a Pastor and mother, a social care worker, who looks after disabled persons. 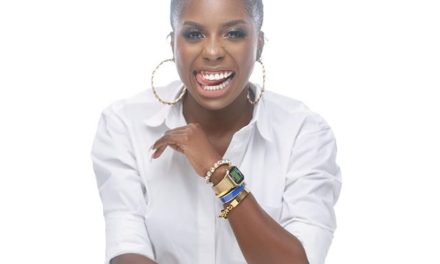 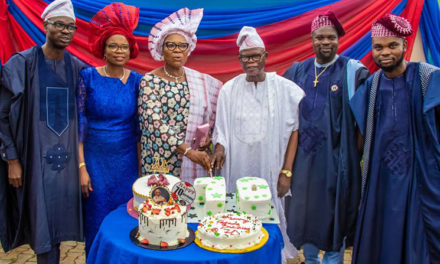 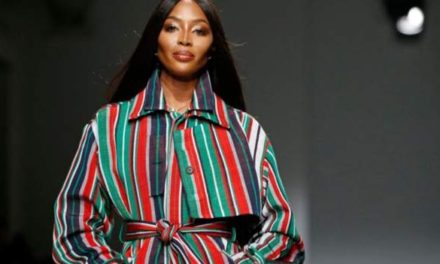